Enjoy our past articles featuring our Indigenous Musicians.
Salute to SAY Magazine for their great work!
Visit them at www.SayMag.com

Get 6 issues per year to your mailbox or inbox

SAY Magazine has been sharing inspiring stories about Indigenous Peoples since 2002.

A contemporary lifestyle publication, SAY Magazine celebrates First Nations, Métis and Inuit ingenuity by sharing success stories and stories of resilience. We cover a variety of areas including business, education, culture and language, law and justice, arts and entertainment, sports and wellness, as well as grassroots community initiatives.

SAY Magazine is a vital and relevant educational resource and classroom teaching tool, representing multiple perspectives on Indigenous cultures, knowledge, and ways of life. We are inclusive and tell real life stories, which includes profiles of inspiring role models.  With the goal of creating impact and inspiring positive action, SAY Magazine’s vision is to empower First Nation, Métis and Inuit people and communities across Canada.

Our 6 annual issues include a post-secondary Indigenous Education Guide and an Indigenous Career Guide provided free of charge to secondary schools to help guide students in their higher education choices.

SAY Magazine is a Canadian subscription-based magazine and is distributed to individuals, communities and businesses across Canada, with select distribution in the United States and abroad upon request. We also offer institutional subscriptions and bulk orders.

SAY Magazine is made possible in part by the Government of Canada and through the support of our sponsors, partners and advertisers.

Leslie Lounsbury, Métis, founded SAY (Spirit of Aboriginal Youth) Magazine in 2002.  She started SAY Magazine, because as an educator, she was disappointed with the amount of negative attention that Indigenous Peoples received in the media and in the education system.

With a mission to focus on positive stories, Lounsbury set out to find First Nation, Métis and Inuit success stories and positive role models to instill hope and empower, while educating a broader audience. SAY Magazine became the platform to share these stories, evolving for almost two decades.

Originally from Wabowden, Manitoba, Lounsbury spent much of her life working to develop meaningful partnerships and to enhance the lives of Indigenous Peoples across North America, spreading messages of hope and resilience with the promise of reaching the next generation of healers and leaders through SAY Magazine.

Leslie Lounsbury passed into the spirit world on May 27, 2018. She will always be remembered as a pioneer for the work she has done in her life as a teacher and as a publisher. She gave a voice to so many and celebrated the ‘good news’ stories of Indigenous Peoples that otherwise may have never been heard.

The legacy of SAY Magazine lives on in her memory. 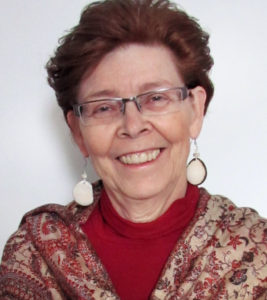 This Week’s Show on iHeart Radio